Which Type Of Hearing Aids Work For You?

There are many types of hearing aids available–from completely invisible aids that rest in the ear canal, to hearing devices custom-molded to fit in your ear, to the familiar behind-the-ear hearing devices. There are even hearing aids that stream phone calls and music wirelessly from your iPhone and assistive devices for special hearing needs.

Hearing aids can’t restore your hearing. But they can amplify sounds to help improve your hearing. Most hearing aids are digital. With small microphones, digital hearing aids collect sounds from the environment. They also contain a tiny computer chip with an amplifier that has a big job to do: convert sound into digital code.

The chip also analyzes and adjusts the sound based on your hearing loss, listening needs and the level of the sounds around you. The amplified signals are then converted back into sound waves and delivered to your ears through speakers.

Hearing aids vary by price, size and special features. The right choice for you also depends on your hearing needs and your lifestyle. The best way to select the right one is to get guidance from your local hearing experts. Call us today, and let’s talk. 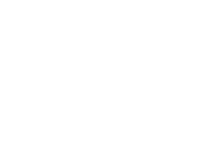 The Secret About The Newest Hearing Aids

The digital revolution has made a huge impact on the way hearing aids look, feel and function. They can be so small that they are virtually invisible, so “cool” looking that you’ll want to show them off and so natural sounding that they’ll mimic the way you used to hear before you experienced hearing loss.

There’s a reason digital hearing aids account for most hearing aids sold today. The quality of sound is amazing. Once you try a pair, you’ll see why they’re often the best choice.

Digital hearing aids can act on soft sounds one way and on loud sounds another. The more advanced the digital chip, the more bands that it will possess. Some digital hearing aids have the capability to reduce environmental noises such as motors running or dishes clanging.

There are so many options available to you! There are four basic technology levels: Economy, Basic, Advanced and Best. Each level offers digital hearing solutions based on your level of hearing loss, lifestyle and budget.

Why Wait? You don't have to live with hearing loss

Why Wait? You don't have to live with hearing loss

What You Need to Know About Conventional (Analog) Hearing Aids

Conventional analog hearing aids are basically amplifiers with manual volume controls and manual fine-tuning. These hearing aids help with listening in easy, relatively quiet situations, such as during one-on-one conversation and listening to the television, because all of the sounds are typically amplified in exactly the same way. This technology provides limited flexibility to meet your individual needs.

We treat our patients like our own family because we recognize that hearing well is important in all of your relationships!

Check out more reviews to see how our patients feel about our service.

Why Wireless Hearing Aids Are So Popular

Paired with a handheld device like your smartphone, this type of hearing aid connects you directly and wirelessly to the sound sources you need to hear, such as your TV.

This technology picks up the sound you want to hear while dampening other distracting noises. No more cranking up the volume on the television; no more screaming into your cell phone and no more missing out on the things you enjoy most.

Imagine you’re watching TV from your favorite armchair. Your hearing aid is working fine until the kids sit down in front of you and start a conversation, dishes clatter in the kitchen and the neighbor’s basset hound begins to bark. With wireless hearing aid technology you can cut through this kind of noise clutter and just tune into the TV.

Each person is different, in a good way, which means the hearing aids you buy need to be selected, fitted and programmed to your needs. Our practice can do that, and help you live better with the right hearing aid.

Which Type Of Hearing Aid Is Right For You?

Hearing aids come in a range of styles. Here’s an overview of the primary styles along with our recommendations.

BTE / Behind the Ear Hearing Aids

Recommended for: people of all ages and degrees of hearing loss.

BTE hearing aids are designed to give your ears an incredible boost in power. The hard plastic casing fits directly behind the top of your ear where it’s easily hidden by your hair. The custom earmold is shaped to match the exact contours of your ear canal. It comes in a variety of colors including clear, pink and tan to decrease visibility even more. The BTE hearing aid has a wide variety of programming features and options that may be customized to meet your hearing needs.

This style is a take on the BTE hearing aid with a thin tube. It doesn’t plug the ear and it’s not too visible from the outside. It keeps the ear canal open so that low-frequency sounds can enter your ears naturally while amplifying low-frequency sounds.

Our RIC or RITE hearing aids are perfect for active adults. The directional microphone technology makes it easier to understand conversations in crowded environments by detecting and amplifying the target speech signal and decreasing the background noise. Visibility isn’t a problem. You can attend business meetings, parties and other social events without anyone even knowing you’re wearing hearing aids. You can hide the small hard plastic casing on this device behind your ear or underneath your hair. The ultra-thin wire picks up sound and carries it directly into a speaker that fits invisibly into the ear canal or in the ear. The RIC hearing aid can come with programming features including telecoil, automatic programming, volume or programming controls and alert signals. It can also include accessories that activate the bluetooth compatibility. With bluetooth, you can easily connect your RIC hearing aids to your phone, your iPad or even your car.

ITE / In the Ear Hearing Aids

Recommended for: people with disabilities or dexterity challenges who have mild to severe hearing loss.

ITE hearing aids are true custom-designed hearing aids. The entire hearing aid is molded to match the contours of your outer ear. The hard plastic casing forms to the exact shape of your ear making to fit snugly. There’s also an ITE style available that only fills the lower part. ITEs do a great job of amplifying sound.

You can add features to an ITE hearing aid to make it hassle free including telecoil (a feature that makes it easier to hear when you’re talking on the phone), ear to ear communication and automatic programming. ITE hearing aids come in a variety of colors to match your skin tone including pink, beige, cocoa and brown.

Our ITC and CIC hearing aids are our smallest, most invisible custom hearing aid products. These amplification devices fit completely or partly in your ear canal. The ITC hard plastic casing is tiny, ranging anywhere between 1 to 3 cm long. It’s that small! CICs are designed to fit even deeper into the ear canal resulting in a really invisible fit closer to the ear drum. CICs come with standard features and may have wireless capability.

Think invisible and almost maintenance free! This style of hearing aid combines the concealment of our in-the-canal hearing aids with the ultimate convenience of extended wear. You can wear these hearing aids for 24 hours/day for months at a time, without having to worry about charging or replacing the batteries. The close proximity of the hearing aids to the eardrum ensures optimal sound while reducing distortion and background noise.

Many of our devices come with special programming features, including noise management programs, automatic adjustments, ear to ear communication, function controls, directional microphones, wireless bluetooth controls, music programs and telecoil. These features make it easier to communicate. The telecoil feature is also useful in public facilities with induction loop systems. Consult with our hearing professionals to determine which features are best for you!

Are Assistive Listening Devices the Solution?

A range of assistive listening devices is available to help people with distinctive hearing needs. They fall into these general categories:

FM systems use radio signals to transmit amplified sounds up to 300 feet. They’re useful in many public places such as classrooms, where the instructor wears a small microphone connected to a transmitter and the student listens via a worn receiver, which is tuned to a specific frequency or channel.

IR systems use infrared light to transmit sound. Unlike IL or FM systems, an IR system signal can’t pass through walls. It’s particularly useful in courtrooms, where confidential information is often discussed, and in buildings where competing signals can be a problem, such as classrooms or movie theaters. However, infrared systems can’t be used in environments with too many competing light sources, such as outdoors or in strongly lit rooms.

Personal amplifiers are useful in places where ALDs aren’t available or when you’re watching TV, being outdoors or traveling in a car. About the size of a cell phone, personal amplifiers increase sound levels and reduce background noise for a listener. Some have directional microphones that can be angled toward a speaker or other source of sound. As with other ALDs, listeners wear a receiver, either as a headset or earbuds, which picks up the amplified sound.

You don’t have to live with hearing loss

You don’t have to live with hearing loss

Call us Today
Why wait? You don't have to live with hearing loss. Call Us Today
Call Us Find Us